The Grado Prestige Gold3 is a superbly balanced cartridge, sounds calm and controlled, but also very well monitors the rhythmic and dynamic changes in the music, without the unnecessary treble to achieve an open sound. 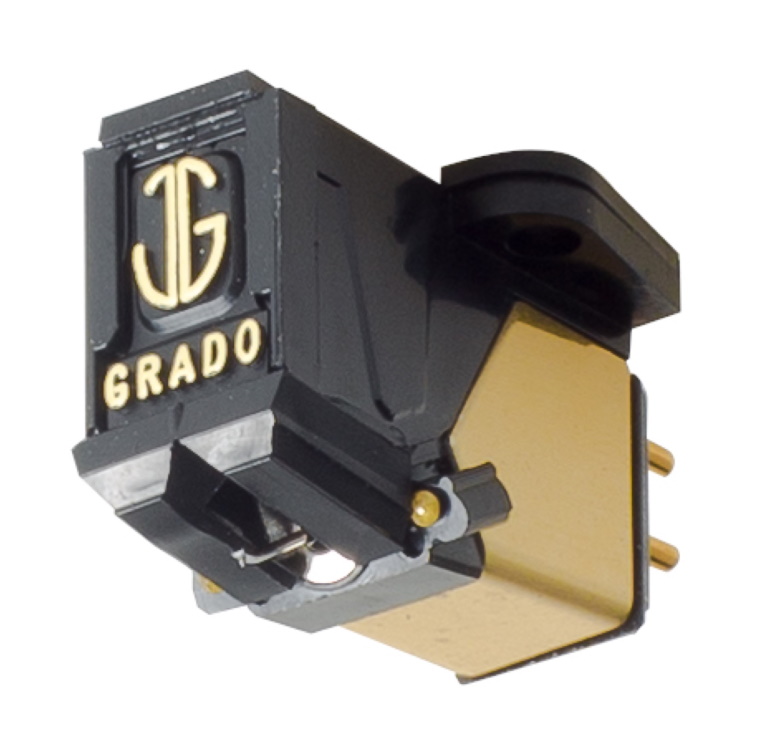 Founded in 1953, Grado Labs is one of the oldest manufacturers of turntables yet active (Shure officially retired last year), and by far the most charismatic manufacturer in its history, with unique access to MM (Moving Magnet) technology (Grado Flux-Bridge) and the persistence of staying out of the fancy currents on the market, including MC cartridges, which, paradoxically, was first patented and produced by Joseph Grado in 1962 but soon abandoned because they did not prove to be the optimal solution at the time. Grado Gold3 is the latest release of the flagship Grado Prestige line, a standard Grado line whose plastic body looks virtually unchanged since 1968 (with minor color changes and shortening of the 1978 coil section to allow the P-mount version). Most changes have taken place inside, but all new Grado needles will still fit into all old Grado cartridges since the current Prestige design was formed in the late ’60s. The Gold model is the best model of the Prestige line and certainly the most important in the context of the market, in the price range where there is a great competition and where the cartridges already achieve a certain sound quality that can satisfy the vast majority of audiophiles who want to stay at a reasonable and relatively affordable price for their system. It is also the best Grado cartridge on which the user can change the needle itself. The Reference and Statement series of the wooden case has needles that are firmly attached, for the benefit of vibration control, less tolerance in fabrication and finally better sound (although they are still MM cartridges).

The fact that Grado Gold3 is a really good cartridge became clear to me before the test, when I installed Grado Gold3 to a very demanding client on his turntable, and saw his reaction, listening to his records. He was so enthralled with the natural and musical sound, with many details (Grado cartridge quality, and the main reason why I suggested Grado in his case), that he stood up and said: “Well, this is like the band is here in the room with me”. Seeing how good it sounded in his system, I decided to make a proper sound test.

Grado Gold3 Prestige was not burned-in when it came for the test, usually, Grado Labs sent test cartridges with 72 hours of burning-in, but to simplify things I said I would do burn-in, and I was also interested in how much change in the sound was after that. The elaboration was done with a Hi-Fi News & Record Review test record, one of the infinite grooves on the record (Grado Labs elaborates similarly, only John Grado himself modifies the groove at the end of a record with a knife so that it is constantly repeated and the needle can never reach label in the middle of the record). I have done a fine-tuning of the tracking force and anti-skating, optimal results were achieved at 1.75 grams and relatively moderate skating (about one-third on the lateral balance weight). The needle set up thus passed the tracking test at the beginning, middle and end of the record (300Hz, L + R, +15 dB), and also Bias (anti-skating), at +12, +14 and +16 dB signals, and passed is also a “torture track”, 300 Hz cut to +18 dB. The difference between the new and 72 hours used cartridge was mainly related to tracking, not so much the sound, the cartridge sounds pretty good from the beginning, but tracking reaches the optimum (and very high) level after elaboration. On the Hi-Fi News panel, I also checked the vertical resonance frequency of the tonearm/Gold3 cartridge combination on my turntable, it was at 10-11 Hz, the optimum value is anywhere between 8-15 Hz, in practice that means less trouble listening to slightly undulating and badly printed records, and I really didn’t test the problem of popping the needle from the furrow due to resonance, or the jitter of the needle oscillations due to the coincidence of the plate unevenness and the resonance frequency of the tonearm/cartridge combination. Since this is a parameter that varies with the turntable and tonearm in use, and there are stories of underdamped Grado needles that love to dance in the groove, I mounted Gold3 in a few more turntables, even cheap plastic ones, and I never encountered this problem. 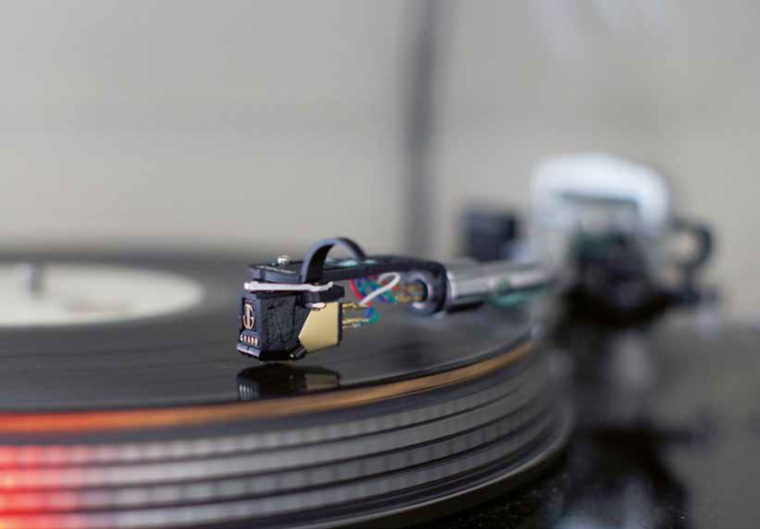 Grado Prestige Gold3 seems to me to be a very compatible cartridge that will work well with most tonearms, with the exception of turntables that use AC motors, where quiet hum can be heard near the end of the record when the cartridge approaches the motor. Due to the use of four coils instead of two (Grado Flux Bridge) Grado cartridges are more sensitive to the electromagnetic field of the motor (although Grado now puts on special insulating metallic paint that covers the entire coil assembly inside the case). Going back to tracking, the next test was an old, but very well printed and well-conceived record, the Shure Obstacle Course Era III (from V15 III time), where Grado Prestige Gold3 passed all tests superlatively, from grade 1 to grade 5 (though not Shure, as the villains claimed that the Shure record was designed for only Shure cartridges to pass the test). The tests were “musical bells” (very strong fundamental tones and harmonics in the treble; at 5 speed the needle should be insane 25 cm per second at 10 kHz to avoid miss-tracking), then sibilants (Mais Que Nada by Sergio Mendez and Brasil 66), even that usually tough test for Gold3 Grado cartridge went great. The next test is the violin test (loud recorded violins, torture in medium tones), it passed level 5 without distortion, and the bass drum, at +15 dB the concert bass drum was heard clean, without harmonic sounds that some needles produce when struggles not to jump out of the groove. It can be said that Gold3 in my tests has excellent tracking, at the level of Shure V15 VxMR that I have for comparison. The hearing test, by listening to various records, showed that Gold3 is primarily a well-balanced cartridge, sounds calm and controlled, but still dynamic, and very well monitors the rhythmic and dynamic changes in the music, all without (unnecessary) treble with the aim of achieving greater openness of sound. The bass is solid and well-defined, with good extension to the deepest tones, medium-detailed, well-defined and easy to follow single instruments in more complex recordings. The highs are subtle, clear and unobtrusive until a stronger kick is struck in the cymbal or the like, and it stands out in the sound picture as if it were a live gig. The vocals sound mostly flawless and the soundstage is slightly pulled back, with a good representation of the depth and width of the sound image. The cartridge is neutral balanced, and that may be the only downside, it does not follow the market trends (trebles are in trend now), some will seem too closed without enough treble, but in the context of its price, I think this is a justified decision.

In comparison to the Gold2, there is slightly less bass, which is better defined, but the differences are not big. The biggest difference is the subtly better control of the treble, which is better focused, while the middle ones are also slightly better focused and more clearly defined in space, the sonic character is now generally more similar to the Reference and Statement series, with indications of unobtrusive, sophisticated and subtle purity and naturalness. These are the features that owners of Grado cartridges with a wooden case love so much. How much these differences will be heard with respect to Gold3 depends on the resolution of the system, at first glance the difference is not large, but most users will experience an improvement in tracking, which is best seen in sibilant control and treble precision. It’s still “Grado Sound,” but enhanced by the manufacturer’s experience with developing a series with a wooden case, with improvements in how the coil is wound, and controlled dissipation of resonance in a plastic case. By mounting a Gold3 needle on some of my old cartridges from the 1974 Grado premium collection of cartridges to date (F1 +, G1 +, TLZ, 8MX, Prestige Reference prototype from 2007), it confirmed my suspicion that the Gold3 needle itself was worthy of much improvement. It’s a great needle, which is especially good at dumping vinyl surface dirt and dirt off the record. According to John Grado, the goal of the needle profile is not to go deep into the groove and there to detect all the garbage at the bottom of the groove (which sometimes make super exotic needle profiles), but to stay on the surface where the music signal is. Does inserting a Gold3 needle into a Gold2 cartridge converts Gold2 into Gold3? Not entirely, Gold3 is still better, but the difference has narrowed somewhat, especially in the treble. I tried it and vice versa, I mounted the best Prestige needle (XTZ, $ 450) that Grado still produces for users of the old Joe Grado Signature cartridges, on a Gold3 cartridge. It’s a “twin-type” or super ellipsoid needle, and the sound with Gold3 has raised qualitatively to a higher level, better sound stage, more open and detailed high, higher attractiveness, but lost some balance and compatibility, this would only work in good high-resolution systems that aren’t already sharp in themselves. But it proves that Gold3 is a great cartridge, comparable to the high-end, classic Grado cartridges of the ’70s and ’80s, which were a lot more expensive then Gold3 today.

In the end, who is Grado Prestige Gold3 for? Primarily, for music lovers who most like the natural sound that can be heard live, who knows what the instruments really sound like, and who cares about having something similar at home in their system. This is a feature well known to most users who choose the Grado cartridge in the first place, but Gold3 has added even better tracking qualities, slightly greater cohesion and precision of sound (for the Prestige series) and even greater compatibility with systems of all price ranges.