Although Sony already had the best noise-canceling headphones on the market, it did not prevent it from producing their heir – Sony WH-1000XM3.

Sony WH-1000XM3 noise-canceling headphones were overwhelmingly won in our recent comparative test which directly compared all relevant models of this type including their strongest competitors such as Bose QuietComfort 35 II and Bowers & Wilkins PX. Although we did not consider it necessary or even apparent that Sony will launch their successor in the foreseeable future, this is exactly what happened – WH-1000XM3 has come to market with smaller variations of the winning formula but without the price increase, so it is entirely logical that buyers which search for the best noise-canceling headphones in the market will choose this model. On the other hand, if you already own the WH-1000XM2, the upgrade to WH-1000XM3 does not make sense because the differences between them are not drastic. 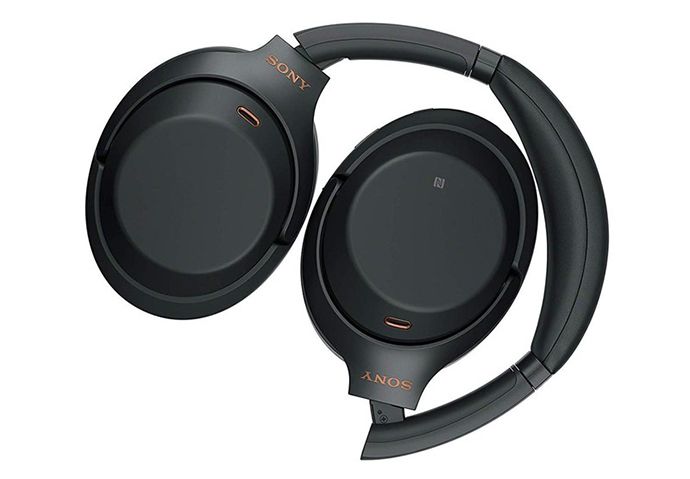 The first and most obvious difference relates to the exterior of the two models. The WH-1000XM2 had a partially exposed metal skeleton that connects left and right ear shells, while the WH-1000XM3 model has a more classic design where the metal core is hidden inside the rim. With this Sony obtained nicer headphones while retaining the excellent quality of the predecessor. The ear cushions are a few millimeters larger to better surround the ears of the user. We would not necessarily call them more comfortable simply because the WH-1000XM2 in this aspect has already offered everything we could ask for from one headphone. In other words, the WH-1000XM3 is as comfortable as its predecessor and is one of the two most comfortable pair of closed headphones in existence (the other is Bose QC 35 II). Of course, ear shells can still rotate 90 inwards and fold. 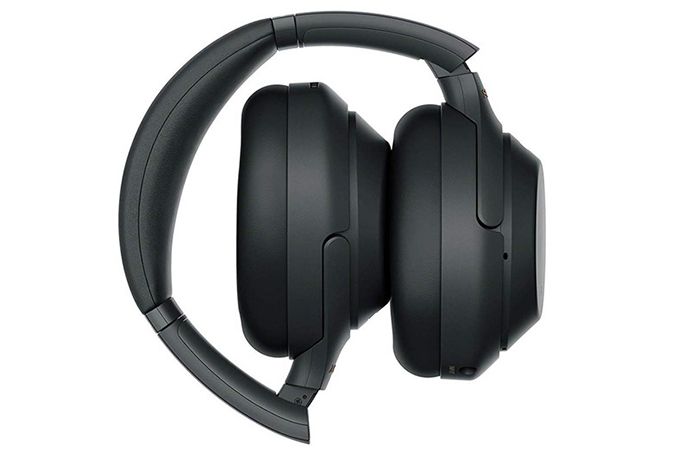 Like all travel headphones, the WH-1000XM3 can be folded to make it easier to carry

We still value the way Sony redesigned the keys and the charging connector. The keys are no longer at a level with the casing of the left ear shell but are slightly exaggerated and are easier to use. You will find only two of them – one is used to turn the headphones on and off (if you press it briefly when the headphones are turned on the female voice will inform you of the remaining percentage of the battery), and the function of the other one is selected by the user. It can be used to switch between three modes – Noise Cancelling, Ambient Sound (microphones transmit ambient sounds to the headphones, useful when you do not want to be killed in city traffic) and Off (ANC and microphones are off, noise-blocking is passive ), or activate Google Assistant (or Siri if the headphones are connected to the iPhone). When you use the last option you press this key and pronounce the question or command that the voice assistant will then obey, even if your cell phone is in your pocket. You can also use it, for example, to let your voice assistant read the notifications. Unfortunately, one irritation is retained – the headphones return to the “initial” state after every reboot, where the ANC is turned on. This is particularly frustrating if you use it most commonly as a regular wireless headphones with an ANC off, especially if you assign the voice assistant function to the be fore mentioned key because you will not be able to press it twice to turn off ANC but you will have to perform this turning off within a mobile application. 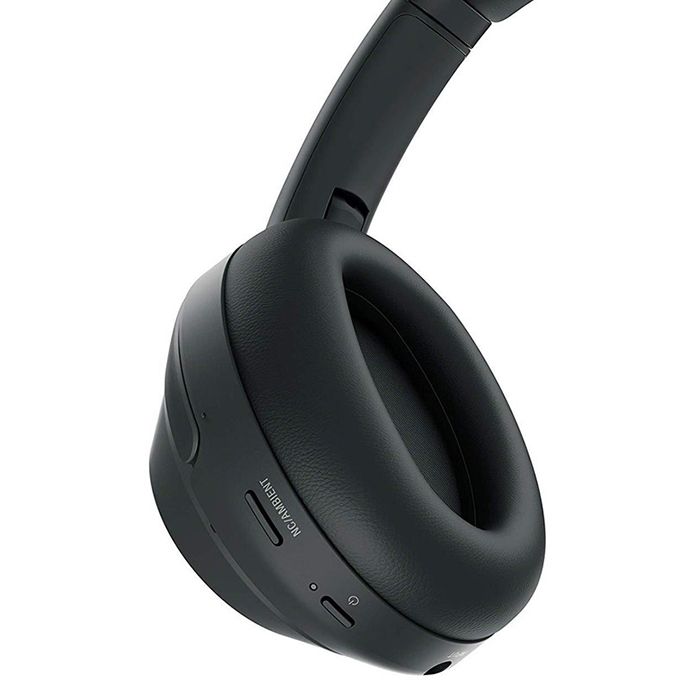 There are both buttons on the left ear shell and a 3.5 mm connector for wired mode

As far as the connector is concerned, a 3.5-mm port on the left ear shell has been retained to allow the headphones to be operated wired, regardless of the battery status, and the charging connector, mounted on the right ear shell, was converted from a Micro-USB in today’s much more desirable USB-C. This is another great (and expected) Sony move.

Wondering where are the controls for volume control, answering phone calls, releasing and pausing songs and switching between them? All this is done just as with the WH-1000XM2 – by sliding your fingers on the outside of the right ear shell, which is touch-sensitive. This function works more precisely than before, and it stopped being happening to accidentally switched to the next song (sliding to the right) when we wanted to increase or decrease the volume (sliding the finger up or down). Pausing music and answering phone calls is done by double-clicking on the right ear shell, and another interesting gesture is supported: when the right ear shell is covered with a palm, the so-called “Quick Attention” mode is activated, in which music volume is turned down and the microphones start to transmit the sound of the environment loudly. The purpose of this is to hear what someone tells you without removing the headphones. The left ear shell has an embedded NFC chip, which can be used to speed up pairing with devices that support it.

Acoustic performance has not changed significantly, which is good because the WH-1000XM2 in this aspect was great. The same applies to WH-1000XM3. Bass is powerful, rich and exciting. Coupled with clean and detailed medium and high tone areas music gives warmth and beauty to which it is difficult to resist. This, therefore, is not just a quality travel headphone, but excellent headphones for all types of use, including office and home listening. Of course, you will be particularly aware of this if your sound source supports some of the more advanced Bluetooth codecs, such as aptX HD or LDAC, which the WH-1000XM3 supports without any problem. 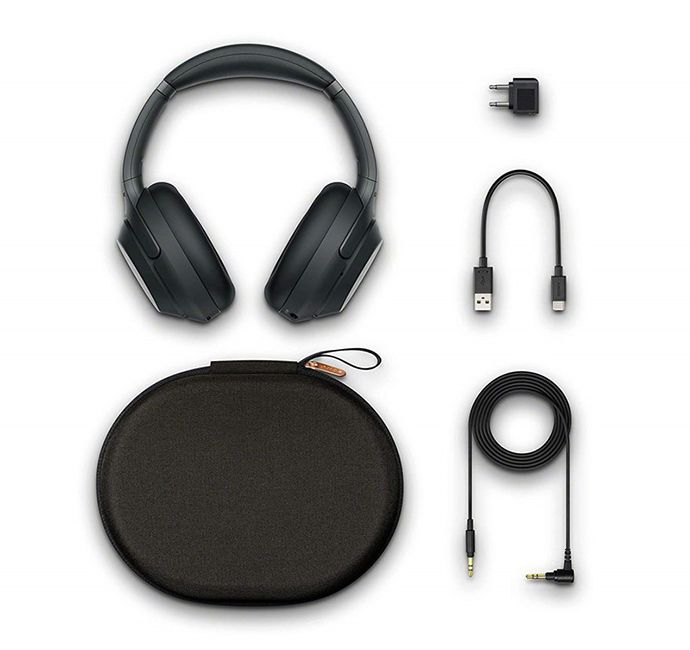 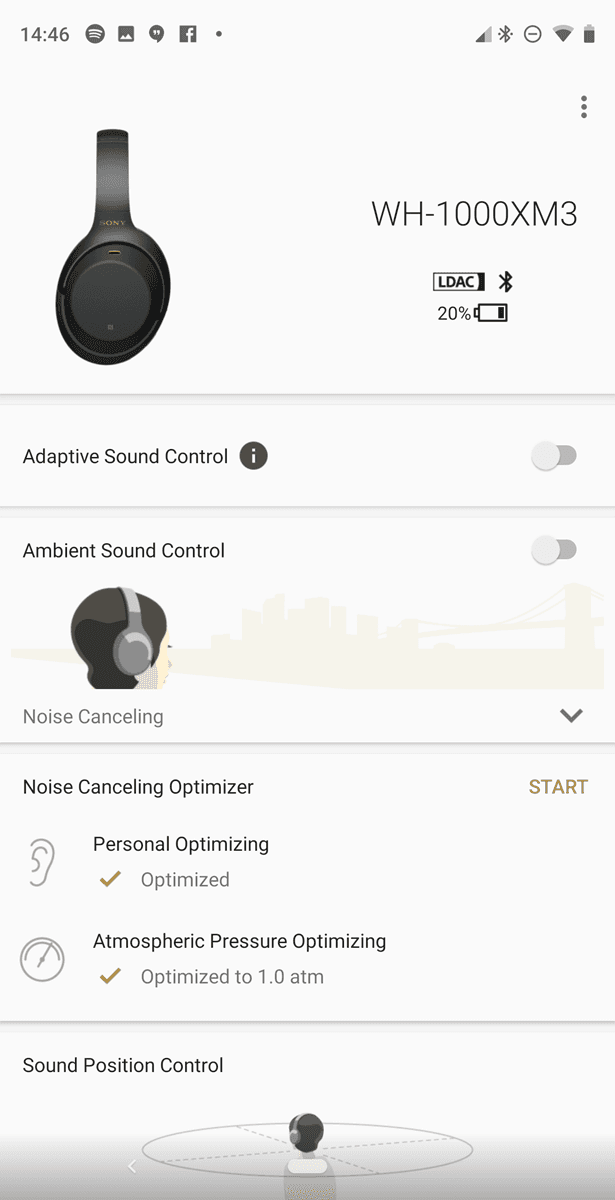 The active external noise canceling is marginally improved compared to the WH-1000XM2, but this still means that it is still the best noise cancellation in the market. Though this technology is still not good enough to suffocate high-frequency sounds (screaming baby or the dangling of hard-working colleagues at work, for example), these headphones will turn the volume of the outside world down as much as possible at this moment and provide you with an enviable level of peace and silence on a transatlantic flight.

The battery holds up between 30 and 38 hours depending on whether ANC is used or not, and the battery charging lasts for three hours. When connected to the Fast Charger(Sony sells it separately) 10 minutes of charging will be enough to give them five hours of wireless operation.

Looking for the best of what the world of headphones with active noise canceling can offer, the Sony WH-1000XM3 is set to be an obvious choice. Keep in mind, however, that there has never been a better chance of grabbing their predecessor WH-1000XM2, whose price today is about 280 $. If the differences compared to the WH-1000XM3 does not appear as revolutionary – and we think they are not – you know what to do.

A few additional functions related to the operation of the headphones are available within the Sony Headphones Connect application. It gives us an insight into the state of the battery and the active Bluetooth codec, including all that you could be able to care- SBC, aptX, aptX HD and LDAC. Below this, we have the so-called “Adaptive Sound Control” – a function that strives to guess what we are currently doing (sleep, move, run, transport) and adjust the noise cancellation level and sound that microphones transmit to the headphones. For example, when we are not moving, Adaptive Sound Control will enhance the sound of the environment and emphasize the voices especially. Likewise, in traffic, it will activate noise canceling and completely exclude the transmission of the sound from the microphone. You can modify the “profiles” manually, so ANC can activate when it is idle if we prefer the preset setting. Another interesting feature in the application is called “Noise Cancelling Optimizer”. When triggered, the subject performs a brief measurement and optimizes the behavior of the external noise blocking system concerning atmospheric pressure. This is to maximize ANC performance in an airplane cabin where the pressure will be significantly different from your office.

There are also some completely useless things like “Sound Position Control”, which allows us to change the balance between the channels so that the sound from the middle is moved backward or forward. The same is for “Surround (VPT)”, a set of filters simulating a concert hall, a nightclub, and the like, and just disturbs the acoustic performance of the headphones. Equalizer offers us a few profiles (Bright, Excited, Mellow, Relaxed, Vocal, Treble Boost, Bass Boost, Speech) and the ability to create your own but with the option of setting only five frequency ranges. Forget about the equalizer, because anything you do in it will not give you a better sound than the headphones has when it is turned off. Additionally, the use of Equalizer, Sound Position Control and Surround (VPT) functions is only possible when headphones communicate with the sound source over the Bluetooth SBC codec. For the more advanced aptX, aptX, and LDAC codecs, which give their acoustic maximum, all of the above must be turned off. Still, however, you can use the “DSEE HX” technology that makes upsampling of compressed audio files and tries to make sure they sound better. While listening to music from Spotify and Tidal we did not have the impression that it has some benefits, especially when using the LDAC codec, because such content already flows in good quality.

There is also one function that the WH-1000XM2 model does not have – we can determine how soon the headphones will turn off after they lose the Bluetooth connection.

I think Sony WH-1000XM3 is the best over-ear noise-canceling headphones you can buy right now. The noise-canceling is wicked and handily beats Bose’s QC35 by what I consider to be a significant margin. Furthermore, it is comfortable to wear, the battery life is good, and it comes with just about all the accessories you need. At S$549, it’s S$20 more than the Bose QC35 but it’s S$20 that I will gladly pay.

But if you are entirely convinced after reading all this, Sony has a loan program that will allow customers to borrow the WH-1000XM3 for up to seven days. Click here to learn more.